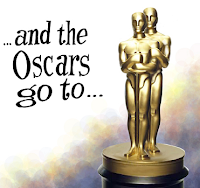 Hello, hello, it's time to face the red carpet and the 1.2 billion people watching at home! No pressure!


-Berenice Bejo- her green dress made her breasts look horrible; also, in the same category you can add Rooney Mara, who has the same problem
-Milla Jovovich- beautiful woman in a stunning dress

-George Clooney walked the Red Carpet with a female Oscar in hand, you know, just in case he didn't win an actual one
-Maya Rudolph kept it nice and simple, fashion-wise
-Nick Nolte seemed so awkward and humble to be on the red carpet, he said "I don't know these people, they are not my friends"- poor guy
-Jessica Chastain looks so beautiful, one of the best dressed tonight

-Pharell is music director or what? 120 different pieces of music? good job man, he's lucky!
-Michelle Williams- I love her dress, it reminds me of her style at a previous Oscar ceremony, when she was accompanied by the late Heath Ledger. Also, a big plus for bringing her best friend, Busy Phillips, as her +1

-I have to give it up to Josh Horowitz, the presenter of MTV- usually, he is a very funny, sweet, sometimes crazy, guy who gets the best interviews. Now, on the red carpet, the guy cannot stop talking about the nominees, the movies, the guests, and he never makes a mistake, he knows everyone and everything(with some few exceptions, and those are just because of the speed of the things happening)- he must be so tired, I hope he is getting a huge paycheck for it!
-I heard The Dictator spilled the ashes on Ryan Seacrest- really? I have to Youtube this later! FUNNY and I haven't even seen it, apparently Seacrest is pissed!
-Octavia Spencer looks amazing and her dress fits her perfectly! I also loved Emma Stone, Sandra Bullock and Kristen Wiig! 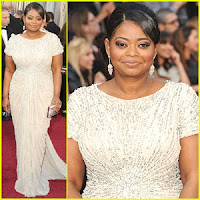 -People are saying bad things about Gwyneth Paltrow's dress and cape, but I liked it- simple and effective and the one shoulder things is nice! It fits her beautifully!
-Angelina Jolie can wear a black carpet with a string holding it across her body and still look stunning- oh, wait, she is doing that! Come on, how is that possible? The woman has 6 kids, 3 of which naturally born.

Overall, fashion-wise, I was a little bit dissapointed- the highlights here Milla Jokovich and Penelope Cruz and that says a lot about the fashion sense of the 2012 generation! But special mentions go to Emma Stone and Jessica Chastain! 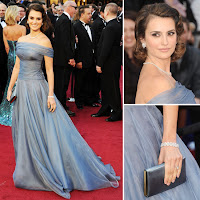 
The ceremony started with Morgan Freeman introducing the show (and the reason for that was?!- but I like him, so I guess it was fine)

Cue to montage of this year's movies- I actually thought it was nice and the transition between each one was ok
The bad part came with the singinging, Billy Crystal should have done something else, like....a MONOLOGUE?!?!? seriously, there was no monologue? that was the most exciting part for me :( I am dissapointed

First two awards - Cinematography and Art Design, go to Hugo- predictable for the second one, but I was surprised to see it win the first award!
We continue with an ode to the cinema and the experience of seeing films!
Costume design- The Artist
Cameron Diaz and J Lo try to be cool and original- big fail- than they present the award to
Make-up- Iron Lady

"I remember seeing a movie when I was 6" montage- running themes of the night - (1.love for the cinema and 2.montages)

Foreign Film- A separation- very happy about it plus the speech was beautiful
Supporting Actress- Octavia Spencer, as expected- it was so nice to see everyone stand up and give her an ovation. Quick question- I keep seeing Tate Taylor with her at every award ceremony- are they really good friends or is there somthing more? or is that not Tate Taylor? handsome guy, anyway!

Test Group scene for Wizard of Oz- Funny, nice try to do something new
We can always count on Tina Fey to be funny
Film Editing- Girl with the dragon tattoo surprising for everyone, even the recepients
Sound editing- Hugo- best speeches ever, I loved it "You go, no, Hugo." plus "I would like to thank everyone who was very born, or who will be born...."
Sound mixing- Hugo- by now I am so happy because The Artist is NOT getting all of the awards!

Kermit and Miss Piggy introduce a mini-show by Cirque du Soleil- it looks very good, too bad that my livestream was so bad, I will have to see it again afterwards

Robert Downey Jr just stole the show with his documentary "The Presenter", Paltrow was nice to have around (love her dress)- the winner for best Documentary is Undefeated- is it a surprise? I haven't even heard of it, must be good, right?

Chris Rock talks about how easy it is to do an animation- spot on speech, one of the best parts of the night, he should host again soon- Animation- Rango, as expected

Visual Effects- Emma Stone was so precious and adorable that no one can really compete with her (although, I must admit that, for a second, I thought she was drunk)- winner- Hugo and the movie continues to sweep the technical awards

Supporting Actor- C. Plummer, as expected, but still one of the best speeches of the night! He is the oldest actor to ever receive an Oscar!

What are they thinking? scene- I actually liked it very much, it was funny, most of it, anyways!

Best Original Score- The Artist, of course, and it is deserved
Will Ferell and Zach G. try to be funny, and they succeed for about 40% of the time
Best song- Man or a Muppet, YEY, I love that song

The AMPAS had the brilliant idea of inviting the cast of Bridesmaids to hand out some boring awards- smart
Live action short- The shore
Documentary- Saving Face
Animated Short Feature- Fantastic Flying Books....

Best Actor- Jean Dujardin - I was wishing any of the other 4 nominees would get this, but I am happy that Dujardin won after all, he is a very charming and sweet man!

Best Actress- Mery Streep- it was a surprise for the majority- I am fine with it, she deserves it, for God's sake, she's had 17 nominations, it was about time to get the 3rd Oscar! Her speech was adorable and I like the fact that she started by thanking her husband! 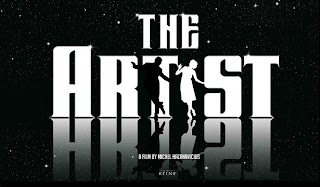 Surprises?- For me: the technical sweep of Hugo, editing for Girl with the dragon tattoo and Meryl Streep, although I am happy for her.


Overall, I actually enjoyed myself. It was funny and entertaining for most of the time, it didn't seem too long, the speeches were held in point and Crystal tried his best! But let's hope they get someone else next year! I know: Robert Downey Jr? Chris Rock? Emma Stone? :D

Thank you and good night!

What did you think of the Oscars?