2013 is expected to provide many quality albums, especially in the rock genre, as new Arctic Monkeys, Queens of the Stone Age, Kings of Leon, Vampire Weekend and others are apparently releasing new albums. Dance and hip hop are still growing, with new, innovative artists making these two types of music even more popular in charts, for both customers and critics, and different mixes of genres are constantly surprising the audiences all over. Like it or not, you and me have to start listening to it, and more than that- I, for one, plan to give anyone (well, most of them) a shot, no matter the artist or genre.

Looking at the list of upcoming music albums, I would recommend, or better say, am willing to listen to the following:
*TBD- to be determined, release date unknown


Alunageorge- Body Music (June)
While compiling this list, I decided to finally give a listen to a band I've been hearing so much about, but never tried: Alunageorge. The duo's first single, released in 2011, You Know You Love It, is currently on repeat on my playlist and I am now eagerly anticipating their album in June. Their sound can be described as a mix of pop, with a little bit of R'n B, courtesy of the great vocals from Aluna, and some dance beats, made by George. Please give You Know You Love It a listen and decide for yourself if it's catchy or not and worth a listen in the future.

Arcade Fire- TBD
An indie favorite, Arcade Fire is apparently releasing a new album later this year and I can't wait for it. Previous favorites: Neighborhood #3 (Power Out) and The Suburbs

Arctic Monkeys- TBD
Considering they have already been announced to be headliners for at least two festivals this summer (Opener in Poland, and Benicassim in Spain), I think it's safe to say we can expect new material from them. Loved by many all around the world, but idolized in the UK, the band is sure to make their new album a no.1 and I am also eager to hear it. Never heard them and want to give it a try? Listen to "You look good on the dancefloor" and "R U mine?"

Bastille- Pompeii- 24th February
New on the UK indie market, this band is patiently ascending the charts, with their sensible and catchy tunes, a mix of dance and rock. Personal favorites: "Flaws", "Overjoyed", "Bad blood"

David Bowie- The Next Day (March)
The world exploded when mister Bowie announce, on his birthday in January, that he would be releasing new songs and an album soon. Most artists, as they grow old, they somehow loose their magic, so I am curious to hear his new record.

Daughter- If you leave- 18th March
The British band is slowly conquering the music industry in UK with its haunting songs, and I am right there to support them. Give them a listen, they're quite interesting.

HAIM- TBD (Spring)
A trio of sisters, playing 80s type of dance/alternative music with a trio of guitars. At first I thought they were too hipster for my taste, but I quite like them now. Try "Forever" and "Don't save me" before downloading the album

Kings of Leon- TBD
The "Sex on fire" band, just as Arctic Monkeys, is currently booked for several music festivals this summer, so new material is expected and I, the lover of "Use Somebody" and several others from the "Only by the night" album, will definitely give it a try. Will you?

Major Lazer- Free the universe- 19th of February
Ever since I heard their new single, Get Free, at the end of last year, I've been hooked on them. It's a cool mix of reggae, dance and something else, and their songs are quite different, not to mention the fact that it is a visual project, as well. Worth a listen, especially to Get Free, if you like soul, r'n b or reggae. 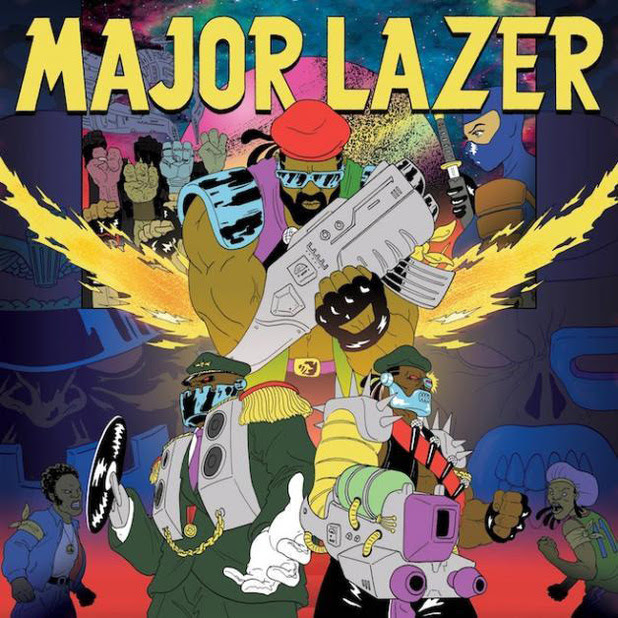 Noah & The whale- TBD (Spring)
I don't know much about this band, except a couple of songs, but it is catchy pop-indie, and I usually like to listen to stuff like this when I need a pick-me-up! I'll be checking out their new songs!

Tom Odell- Long way down- 15th April
Tom is pretty fresh out of the UK music scene, but he just won the Critics choice awards at the Brits and was nominated for the BBC sound of 2013, so I am expecting big things from him. The sweet and simple singer won my heart with "Another love" and for that song, I will definitely buy his album in April.

That's it from me for now!

What are you looking forward to listening to in 2013? Any favorites releasing an album? Let me know in the comments!
Posted by Diana at 7:55 AM