Thinking about the past year, I actually think it wasn't a strong one for movies- I wasn't impressed or moved by most of them, and the few who succeeded that had other flaws that made me reconsider the overall opinion. I, personally, think there was no film in 2012 to take the masterpiece or instant classic prize, although some came close to it (Moonrise Kingdom, Holy Motors, Silver Linings Playbook or Perks of being a wallflower), but there were definitely some very good films that need to be showcased and seen by most people. I still haven't seen many of this year's late releases, like Les Miserables, Life of Pi, Django Unchained or Zero Dark Thirty, but my list would probably look almost the same.


As you know, I don't like to make a top 10 or 20 or give specific marks, so I will just name my favorites of 2012. In no particular order (maybe just release date), here they are:


Avengers Assemble- because of its amazing characters, action scenes and overall entertainment factor

Moonrise Kingdom- quirky, funny, sweet, visually beautiful and wonderfully scored. One of my favorites this year

Searching for Sugarman- a sweet, moving, rather interesting and unbelievable documentary that is definitely worth seeing

On the road- a personal and subjective choice, because of the book it is based on and the people involved. I was probably one of the few who loved it

Holy Motors- crazy, unpredictable, imaginative and wild. Totally different from most releases this year. A must see 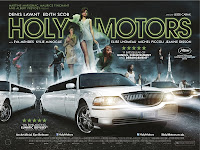 Anna Karenina- a masterpiece in set and costume design, not to mention art direction. Visually stunning.

Sightseers- a British gem that is not showcased enough. Dark and violent, but surprisingly hilarious! 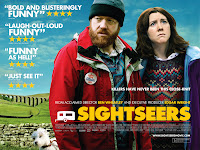 ParaNorman- probably my favorite animation of this year, even better than Frankenweenie, in my opinion. Verry funny!

Beyond the Hills- a Romanian masterpiece and one of this year's best all around. I am so proud of Mungiu and his work.

Argo- very good in almost all areas. A well-deserved contender for Best Picture

Cloud Atlas- I am, probably, one of the very few who loved it. From the greatly directed action scenes, to the characters and storylines and the way it was build, it's one of my favorites this year

Silver Linings Playbook-perfect example of a simple, yet moving and entertaining movie that can deal with delicate themes and get out of it successfully. Surprisingly good performance from Bradley Cooper!

Perks of being a wallflower- it made cry like I haven't cried in a while. A wonderful and realistic coming-of-age story that I wish everyone would see. The soundtrack and Logan Lerman & Ezra Miller's performance seal the deal.