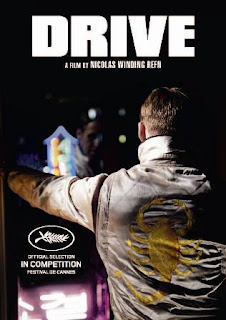 Lately, everyone has been going to the cinema to see this movie and reviewing it online, so I guess it’s time to do it, as well, and guess what? I LOVED IT!

Let me just point out some things that I noticed and liked about this particular film:
-        -  The director, Nicolas Winding Refn, is fantastic. His style is so simple, yet very artistic and with a lot of nuances to his shots and direction, always capturing the emotions in a very beautiful, rather new way. The perfect example is the driving part, when the camera gets Ryan’s character in so many ways that you understand and are moved by his reactions. He is quite a revelation for me and I would gladly see any of his movies. (Another one to watch is Steve McQueen, but that’s another discussion)
-
- Ryan Gosling- and that says it all! He was amazing in this role, almost perfect. I don’t know the book and I haven’t read the script, but the way he acts the part is right up my alley- he’s cool, smooth, quiet, yet human in certain situations, and I like the way his character evolves, even if it is not in the good way. He is believable and nothing seems out of place when it comes to his actions. I hope he gets some recognition for it! And yes, he is a very handsome man!
-
- You know, Carey Mulligan is a very normal looking girl, there is nothing visually interesting about her, except when she acts: her expressions, the way she moves and talks, it’s so real, yet moving and just right, and she does that in absolutely every movie she is in. I respect and admire her for that; she just proves that you don’t need model looks to be part of Hollywood’s elite.
-
- The script- well that had some little problems, but overall it was good and it had some surprising moments.
-
- The pace of the movie was slow and for some, like the people I was within the cinema, boring, but I liked and it suited the story and the character very well!
-
- The song choices were interesting and I thought the sound editing worked very well, as a whole!
-
- Oh, and I wasn’t expecting to be that bloody and violent at the end!
All in all, a fantastic movie that I recommend!

Did you see it? What did you think about it?
Posted by Diana at 9:30 AM